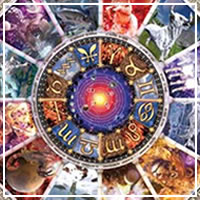 Astrology literally means "the Science of the Stars", from the Greek astrologia: astron (constellation; star) and logia (study of; ordering principle; utterance). It contains both the idea of an organised body of knowledge of the cosmos, along with the way the stars "speak" to us, or give meaning to our lives.

A person who practices astrology is called an astrologer. A very ancient, but still vital discipline, astrology seeks the meaning and application of the influences of the planets, stars and other celestial phenomena in our lives.

Astrology and astronomy have in modern times become separate studies, though for most of human history they were two sides of the same coin.

A central principle of astrology is integration within the cosmos. The individual, Earth, and its environment are viewed as a single organism, all parts of which are correlated with each other. Cycles of change that are observed in the heavens are therefore said to be reflective (not causative) of similar cycles of change observed on earth and within the individual. This relationship is expressed in the Hermetic maxim "as above, so below; as below, so above", which postulates symmetry between the individual as a microcosm and the celestial environment as a macrocosm. 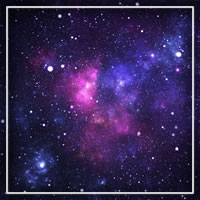 Accordingly, the natal horoscope depicts a stylized map of the universe at the time of birth, specifically focussed on the individual at its centre, with the Sun, Moon, and celestial bodies considered to be that individual’s personal planets or stars, which are uniquely relevant to that individual alone.

Exploring ourselves, our relationships and our place within the world, astrology has found that the symbolic relationships between the heavenly bodies are significant, and can be seen as a map to human destiny.

Astrology can give us insight into all manner of situations, from the personal to the political and from the most intimate to the most mundane. Because astrologers generally take a holistic view of the world, we can see that there is a spiritual connection between all things, even the planets, stars and us.

Star Signs / Signs of the Zodiac 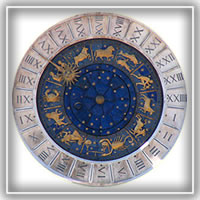